Ballad of a Wobbly 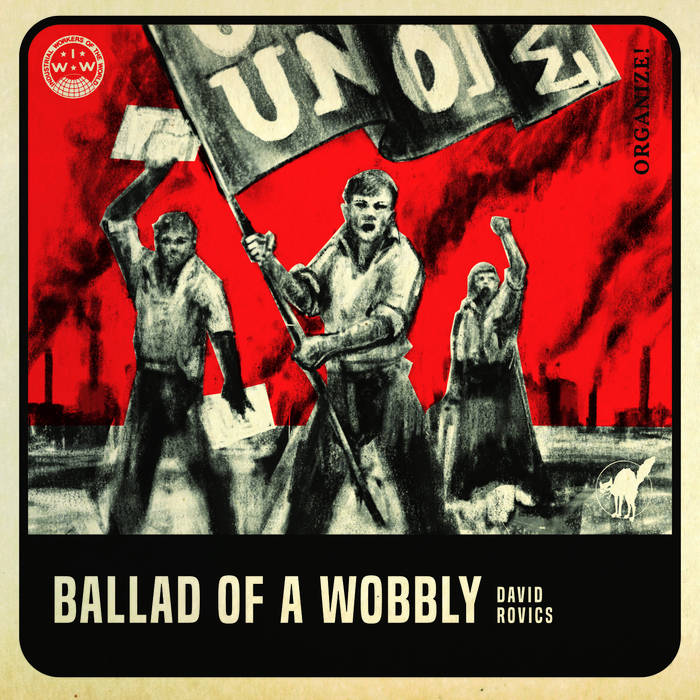 Shouts - Music from the Rooftops!

Shouts - Music from the Rooftops! David Rovics picks up where Woody Guthrie left off. As a protest singer, David is more efficient than most and as a sort of music journalist he informs and educates through his music as well.

Check out our interview with David here: shoutsmusic.blog/david-rovics-interview/ Favorite track: Leila and Majnun.

If you'd like to download the whole album without donating $7, no problem -- just email me at david@davidrovics.com with "album request" in the subject line and you shall receive... All I ask for in return is that you tell folks about the album in some kind of public space.

The title track on this album is "Ballad of a Wobbly." The Wobblies, or the IWW, is a union that was formed in 1906, which still exists today in many different countries (in a much smaller but still vibrant form). Although the only song that's directly about the story of the Industrial Workers of the World (IWW) is the title track, the rest of the album is, I think, very consistent with the interests of the Wobs -- like anything related to the well-being of what has in recent years become commonly known as The 99%.

The songs on the album were almost all written in 2017, and they cover a range of subjects from a working class rebellion in Wales in 1831 to the FBI's Palmer Raids of 1919 to the Grenfell Tower fire in the summer of 2017.

The album was recorded, mixed and mastered over the course of five days at the end of November and beginning of December, 2017, at Big Red Studio in Corbett, Oregon.

Special thanks to all of you CSA members and you who donated to the crowdfunding campaign that made this album possible -- and to Elona and the Swedish government for the grant that made it possible for her to join me in the studio in Oregon, so far away from her home in Scandinavia.