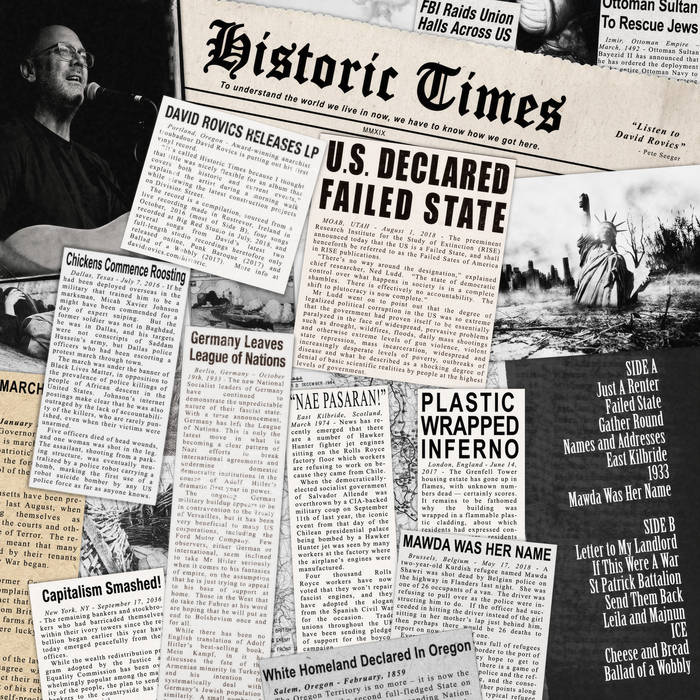 Historic Times first appeared as a vinyl record around the beginning of 2019. The album consists of selections from three different full-length albums, plus several songs recorded just for this project. Those songs, plus the songs taken from Ballad of a Wobbly and Punk Baroque were all recorded at Big Red Studio in Corbett, Oregon, with Billy Oskay producing and playing violin (wherever you hear one), and Arcellus Sykes playing some variety of a bass. The other project that several of the songs come from was recorded in Rostrevor, Ireland by Fra Sands.

All the songs were written by David Rovics, who is also generally responsible for any acoustic guitars and cellos present. The other vocalist on the live tracks is Lorna McKinnon from Glasgow, Scotland. Harmonica and stomp box is by Elona Planman from somewhere in Scandinavia.

Serious audiophiles (and only serious audiophiles) will note that all the tracks from other recordings were enhanced and remastered to hang together sonically well as an album with the new tracks, and for the individual tracks to sound better.