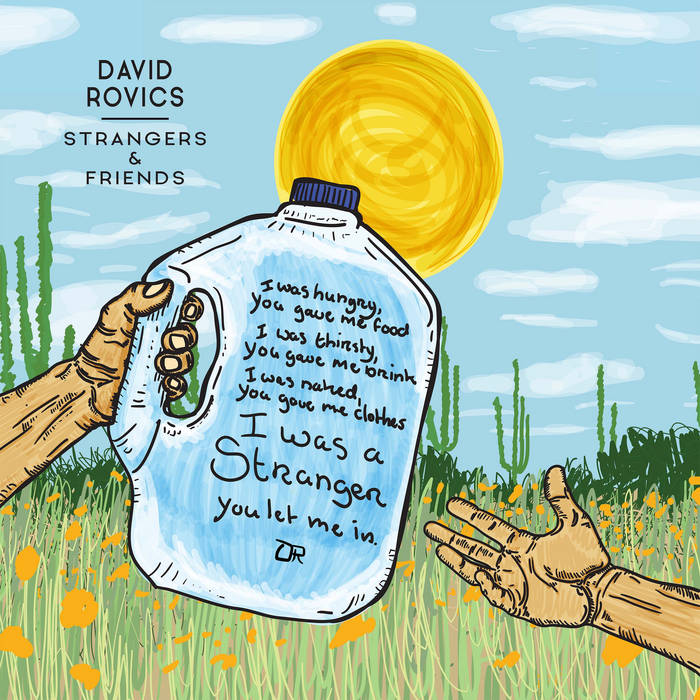 Griffin unionize, unionize unionize. (thanks for keeping us going, keeping us up when we are down and powering us on the doorsteps) Favorite track: A Penny A Play.

It’s another collection of original songs of mine, but it came out through a series of unusual circumstances, probably beginning with vocal lessons.

I’ve always been a massive fan of the human voice, as instruments go. Especially multiple voices together. When I first heard Lorna McKinnon’s choral arrangement of my song, “No One Is Illegal,” I started thinking about touring and recording together. In 2016 we toured around Scotland, England and Ireland. Tommy Sands helped me make arrangements to record our gig in his home town of Rostrevor, which became a live album.

When I ran into Pol Mac Adaim last summer and he mentioned that he occasionally records other artists at a home studio in Ireland, the plan fell into place. We made plans to meet up with Pol in Ireland, where we all spent the last week of October.

Along the way we all learned that Pol is a brilliant producer and engineer as well as multi-instrumentalist. Entering the project with no plans other than a lot of vocal harmonies, once Pol ascertained what many other producers have learned before him, that I can’t count very well, we spent a day laying down my vocal and guitar tracks, and the rest of a week recording layers of vocal harmonies.

In the weeks following, Pol recorded a glorious variety of parts of a number of songs, with whistles, pipes, a harmonica, and a bit of synth, mixed all the tracks and did other magic to them, to result in the collection of compositions we have here.