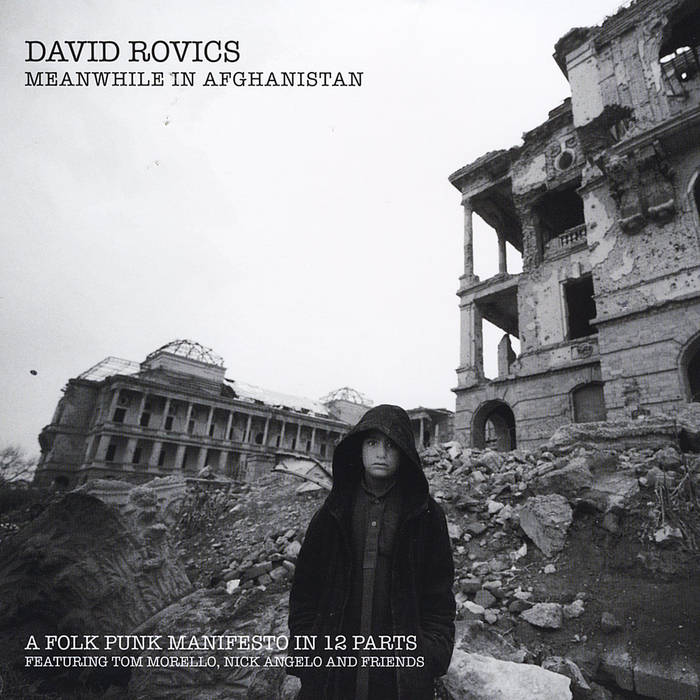 I've collaborated in a big way with a bunch of other musicians so far on several different albums -- Live at Club Passim, the Return, Halliburton Boardroom Massacre, Big Red Sessions, Everything Can Change, and this one, Meanwhile In Afghanistan. Of all of those efforts, this one was that's probably the most punk rock of them, and definitely the one that involved the most input from me as producer, though all of those albums, very much including this one, involved a producer other than me, who had a lot of very valuable input (Billy Oskay in this case).

While we were making this album, it occurred to me that while we were in the studio, on one of the days that it was just me and Billy in there, I'd like to make a good recording of me doing all of the songs solo acoustic. Probably because with all of the agonizing stuff, spending an hour working on a three-second stretch of a vocal part in a song sometimes, it can get to where you feel pretty discombobulated. So we spent a few hours one afternoon recording all the songs with just me and a guitar.

So when you download this album, you'll also be downloading an equal number of bonus tracks, which are the solo acoustic version of the same album.

I'll also note that this album was able to happen because of a successful Kickstarter campaign, and the hundreds of people who donated to it and allowed it to be successful.

Billy Oskay, at Big Red Studio in Corbett, Oregon, and I were co-producers

The album was recorded, mixed and mastered by Billy Oskay and Jim Cuda